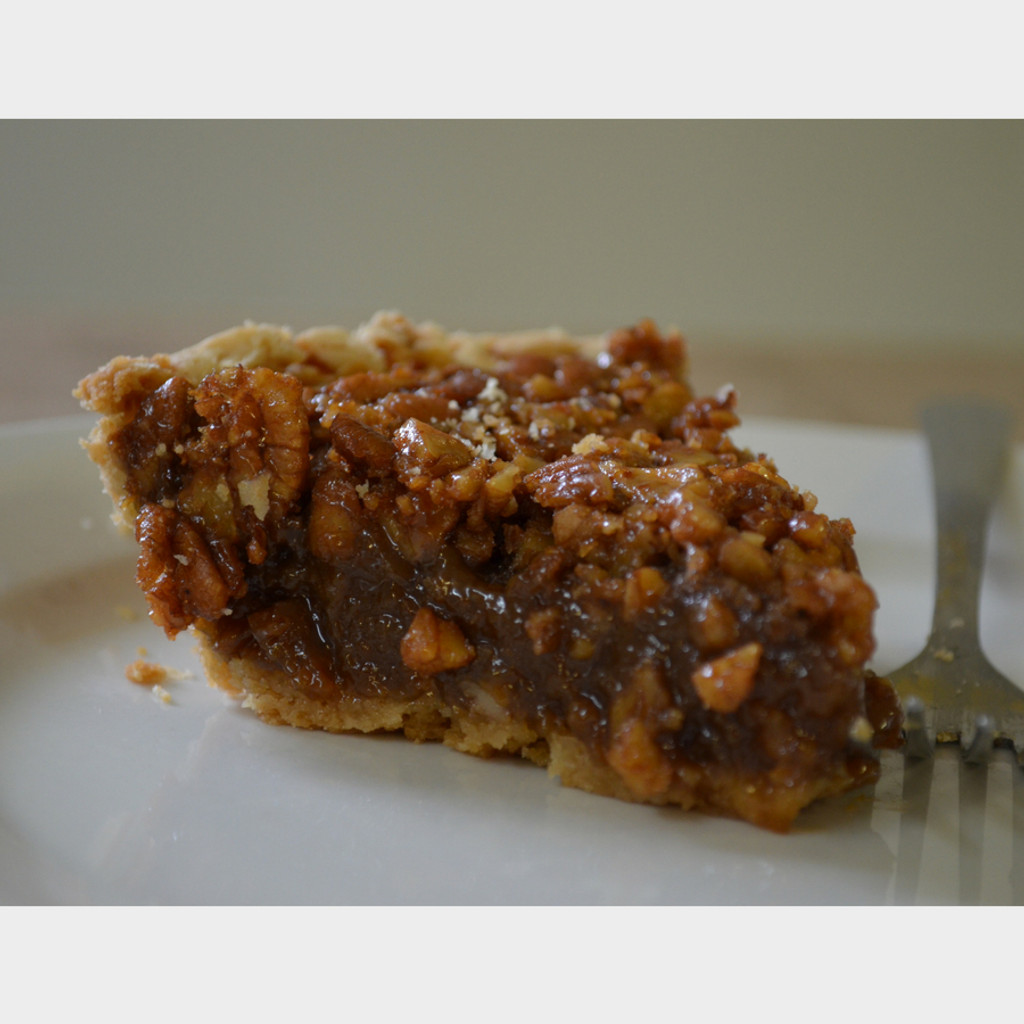 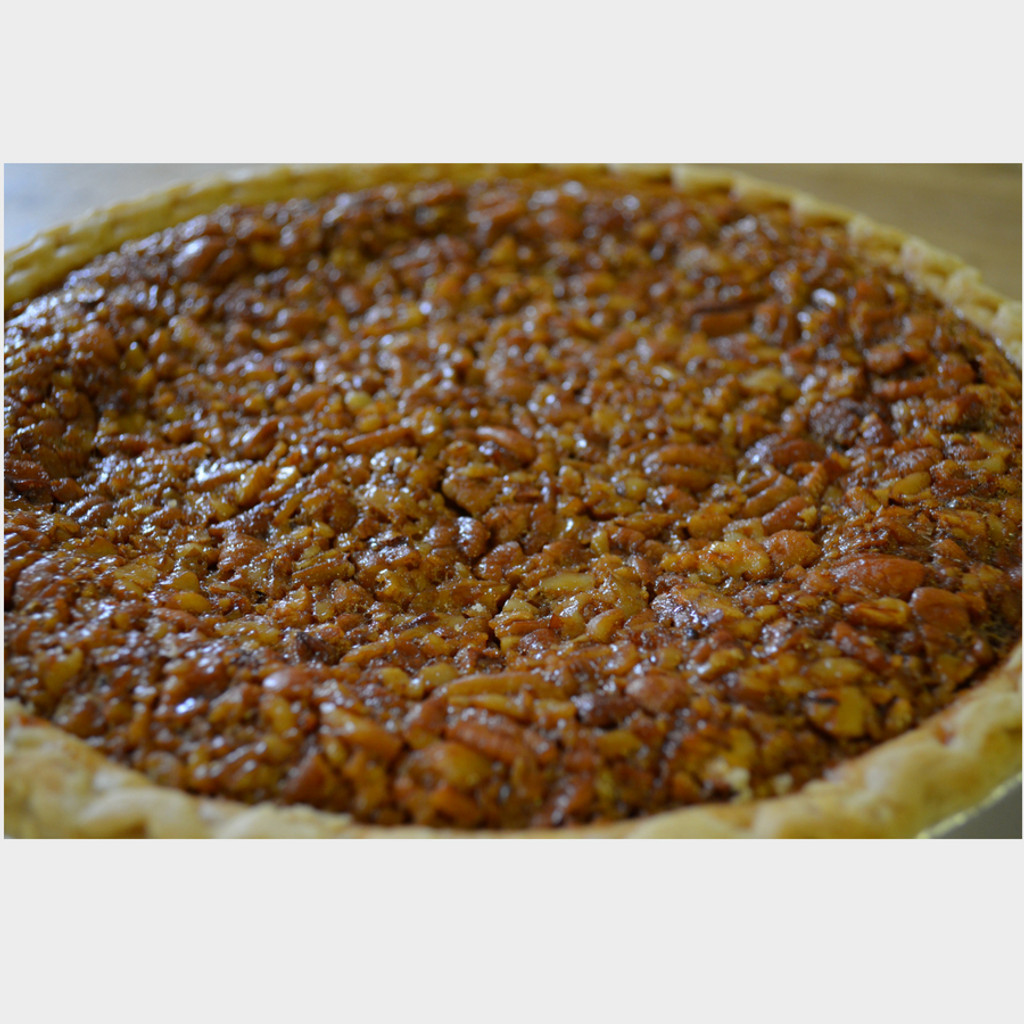 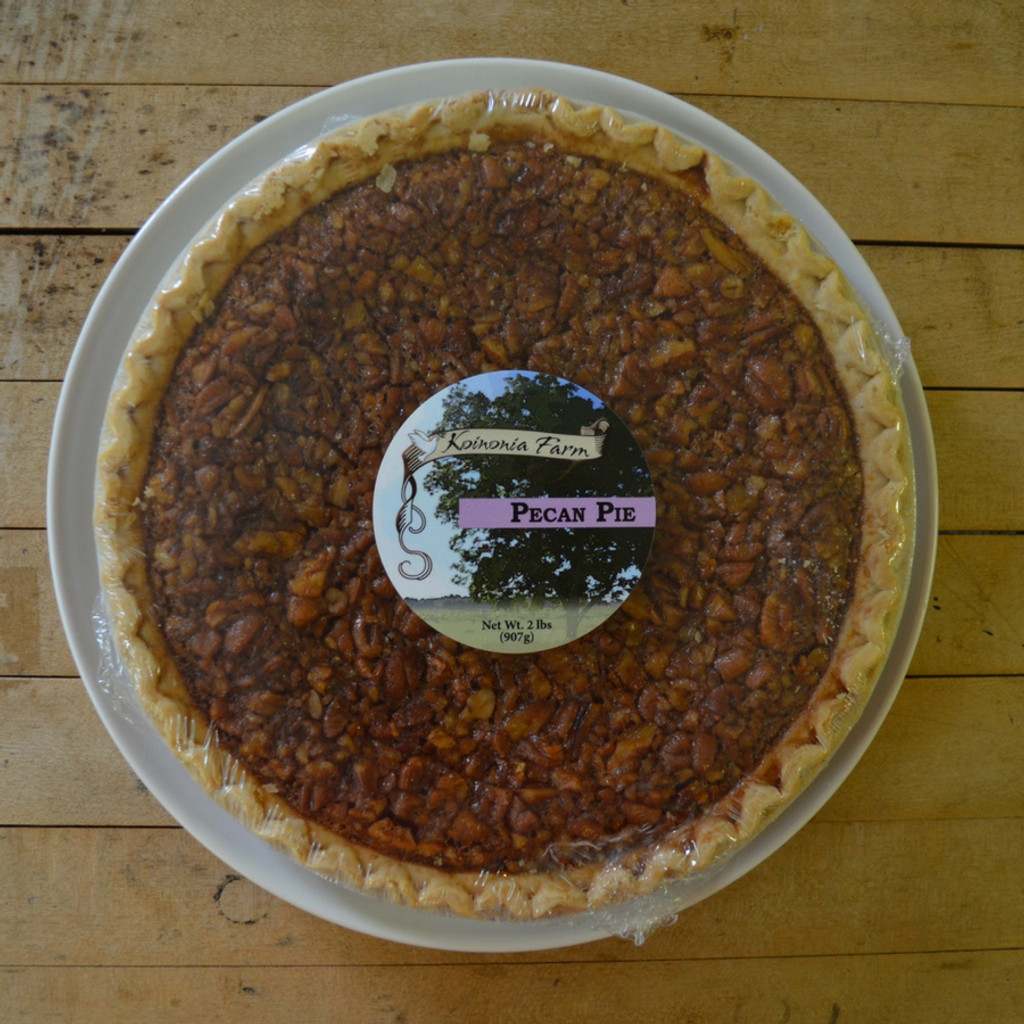 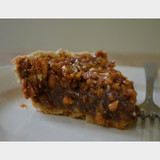 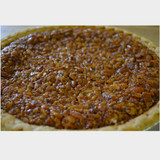 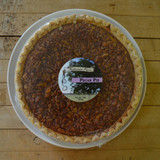 A Southern classic we’ve made even better because we use the best quality pecans and no corn syrup. This sweet and gooey pie is a favorite around the holidays or anytime. Try it today- we promise you won’t be disappointed!

We forgot to buy the ingredients to make a pecan pie for our Covid Thanksgiving and so we ordered two mini pies to have at another special time. We ate them last night and it was worth the wait!! They were delicious and perfectly sized for those wanting a little comfort food, but not wanting to over indulge. And, best of all, they were delicious and not overly sweet, like most pecan pies I've had. Thank you again, Koinonia!

My pie arrived two days later than it was supposed to, which was not Koinonia's fault. I had ordered one full-sized pie and one small pie as a gift. The post office kept sending me updates that were pretty much meaningless. To my relief, the pies were intact when they arrived and I froze them immediately. I was a bit frustrated that I couldn't get a response from a human at the K. Farm or at the post office. I wanted to know if it was safe to eat, but I froze both pies and hoped that would take care of anything. I gave the tiny pie to a friend who loves pie but is diabetic. It was smaller than it seemed to look online. It is a TINY pie but my friend got a kick out of it and it was really all that a diabetic person should have. A sugar-free version of the pie would be great for Koinonia to have. The pie is delicious. The pecans are the best.

Absolutely wonderful pie and so fresh!

The reason I tried this pie was that it had no corn syrup in it. I have a corn allergy. Having not ordered a fresh pie online, I wasn't sure if it would arrive in crumbles. This pie (2lb) was in perfect gorgeous condition! And the packing is made from spun sugar!? A science class for my grandchildren in recycling. The pecans were so fresh and unprocessed and the entire pie was just delicious. It was just my daughter and myself, so I ended up freezing half of it. When we got it out, the taste was just as fresh. Really a great pie experience!

This is first time we ordered the pecan pie, and we were not disappointed. No exaggeration - it is the best and freshest pecan pie we have had in recent memory. Thank you!

I love pecan pie, and this is absolutely the BEST I have ever tried!!

This pie is always a hit. I ordered one for family as a Christmas gift and just got the thank you note: "Thank you so much for the most delicious pecan pie. It was the best I had ever tasted and was enjoyed by the family."

I have bought one of these for several years for holidays. I like the work of Koinonia and I love the pies -- except the last one I got at Christmas. The one we had at Thanksgiving was great, a tasty, moist full pie. But the one we got for Christmas was not only thin and dry, but lacking the unusual tasty flavor. I was a real disappointment. Since I have ordered for some time and normally LOVE the product, I can only assume this was a "production mistake." I assume it is not a trend, but if that were the only pie I had ordered I wouldn't order another. I had one in the freezer from last Christmas that I had put away and forgotten when our daughter's baby came early. Glad I discovered it. Even after a year in freezer that was better than the new one. Hate to be bringer of negative news. But thought you should know. Helen

Ordered it for an early Thanksgiving dinner at my brother's place while I visited. He said it was the best pecan pie ever. I liked the touch of honey in the flavour and amazed a pie shipped by mail could taste so good. Will order it again.

My family loves this pie and I feel happy knowing that it contains more healthy ingredients than other pecan pies! Unfortunately, I can’t eat it as I have Celiac.